By Newsroom on September 1, 2017Comments Off on Vodafone enlists a pool of young content creators to launch youth network Voxi 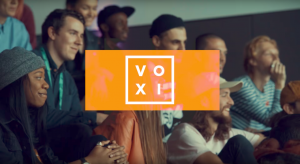 Vodafone has ramped up its ambitions to become the provider of choice for young people with the launch of Voxi – a standalone, SIM-only network designed for under 25s that is putting young creatives at the very heart of its marketing strategy.

Voxi aims to entice a young audience by taking the use of selected social and chat apps out of data allowance calculations. Users will be able to access Facebook, Facebook Messenger, Instagram, WhatsApp, Pinterest, Snapchat, Twitter and Viber without cutting into their 30-day 4G plans, providing they have at least some data available.

To complement the offering and ensure the brand’s relevance, Voxi has enlisted a ‘community’ of 50 young artists, musicians and designers who will create content for its marketing channels.

The brand envisages this band of millennials – aka Voxi Creators – will ‘showcase their diverse passions, talents and experiences across the entire Voxi marketing campaign – from social posts through to live events’.

Dan Lambrou, who has worked across Vodafone’s marketing and channel development departments since 2012, has been named head of Voxi.

“We’ve worked with hundreds of people aged 25 and under, and have really listened to them,” he said. “They are a generation that’s tired of being stereotyped and talked at, rather than listened to. We created Voxi, a transparent new mobile network that gives young people a platform to connect to the things that matter to them, whatever they’re in to.”

Voxi officially launched on August 31 at a live-streamed party in Brick Lane, London, which featured performances from Dua Lipa and former One Direction start Liam Payne.

Our launch gig is buzzing. Tune in to watch an exclusive performance from @liampayne here https://t.co/JGCUhjZflN

In the coming months, a more concerted marketing push will feature four headline talent acts have including Boxer Anthony Joshua, Wah Nails founder Sharmadean Reid, musician, spoken word poet and artist Kojey Radical, and, DJ, presenter and model Snoochie Shy. They will share their stories, work and learnings via a series of masterclasses and workshops organised by the Voxi platform.

Unsurprisingly, social will be key to the new brand’s plot to dominate the youth market. Voxi claims to be the first advertiser signed with what appears to be the UK version of Snapchat Campus Stories, the first to work with Twitter on its clickable video format and the first ‘key programme sponsor’ for MTV and MTV Music. University campuses will naturally be a fertile ground for the brand; hence it has planned a series of fresher’s week activations and a Voxi Members Club for student ambassadors to mine this young population for customers.

Ogilvy & Mather, part of Vodafone’s WPP-based Team Red agency group, was brought on board to create the Voxi identity, with head of design Dani Matthews leading on brand formation. Members of Ogilvy creative internship programme The Pipe were called upon to ‘essentially curate their own product’, according to the agency.

O&M has stated that the pipeline of Voxi Creators will be the ones taking the creative reigns alongside well-known creative talents from actors to entrepreneurs, who will be known as Voxi Curators.

Vodafone has been looking to revive its brand with the help of a young customer base for a while now. It has sponsored teenage favourite the Capital Summertime Ball for the last six years, and recently set its sights on AI and voice activation in preparation for the next generation of customer service.

“Vodafone has been working hard to understand the specific needs of our customers,” said Nick Jeffery, chief executive of Vodafone UK. “We know today’s young generation use their phones in a completely different way, with social media at the very centre of their lives. They want services that put their needs first. Voxi gives young people just that: access to the content and channels they love, simple and cost-effective price plans, and a mobile network they can count on.”

Vodafone enlists a pool of young content creators to launch youth network Voxi added by Newsroom on September 1, 2017
View all posts by Newsroom →