The Walking Dead: Our World, the AR game based on AMC’s hit TV series, launches globally

By Newsroom on July 13, 2018Comments Off on The Walking Dead: Our World, the AR game based on AMC’s hit TV series, launches globally 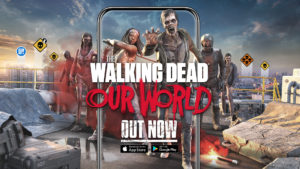 The Finnish game developer Next Games and AMC today launched the unique and highly-anticipated, location-based, augmented reality mobile game The Walking Dead: Our World, allowing players to fight walkers wherever and whenever they want: on the streets, in the park, and even on their sofa. The game is available to download from the Apple App Store and Google Play, free-of-charge, in 153 countries globally.

The Walking Dead: Our World further expands the universe of AMC’s long-running hit TV series, which has been the number one drama on television in the United States for the last six seasons among adults 18-49. State-of-the-art augmented reality execution brings walkers to the player’s screen, providing an unprecedented way to join the fight against the globally spreading apocalypse in their own neighborhood.

Location is a core element of The Walking Dead: Our World’s gameplay. Powered by Google Maps, the game map allows users to experience the action of AMC’s The Walking Dead anywhere they go, including world-famous landmarks and buildings such as the Statue of Liberty, the London Eye and Burj Khalifa, creating an immersive and authentic experience.

Fight to survive together with friends

With hordes of walkers roaming the streets, players will need to tackle mass encounters, infestations and rescue missions. Players can fight hoards solo or compete in weekly missions alongside friends, showcasing their skills to claim recognition and rewards.

In addition to fighting the apocalypse while on the move, the game allows players to enjoy the game from the comfort of their own home with “couch play” options. A wide variety of mission types, and an extensive character collection guarantee a compelling, long-term incentive to fight back.

Unique to this game, players can use “Flares” to grant their group access to the best missions anywhere in the world, from every continent, country and city and share their best in-game moments with friends and fellow survivors.

Play alongside fan-favorite characters from AMC’s The Walking Dead

“I’m proud of team Next Games for creating this incredibly ambitious game that offers players an immersive and deeply personal experience with AMC’s The Walking Dead universe. Combined with both a technically and creatively unique AR and location execution, this game truly takes a fresh approach to the genre. I’m excited to let the world play our game today and can confidently say that this will be a day to remember for Next Games,” said Teemu Huuhtanen, CEO, Next Games. 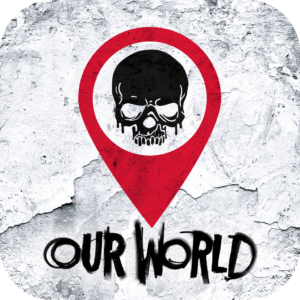 “The Walking Dead has some of the most passionate fans on the planet,” said Lyle Underkoffler, SVP Digital Media for AMC. “We’re so excited to partner with Next Games for the second time to offer our fans this truly unique and immersive AR experience — the chance to live out their apocalyptic fantasies in the real world, and fight for survival side-by-side with their favorite characters from this iconic series.  We’re looking forward to seeing our fans’ stories come to life in a way that was never before possible.”

The Walking Dead: Our World, the AR game based on AMC’s hit TV series, launches globally added by Newsroom on July 13, 2018
View all posts by Newsroom →