By Newsroom on October 24, 2016Comments Off on The rise of the small screen is what’s driving AT&T’s $84.5-billion deal for Time Warner 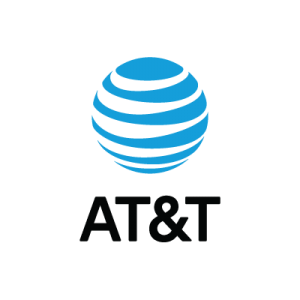 But the two companies, which both are laboring to hold onto customers, confront a similar challenge: how to deliver content to younger consumers who are turning away from traditional media.

AT&T’s proposed $84.5-billion takeover of Time Warner Inc. is the most dramatic example yet of the shift in the balance of power in Hollywood from the big screen to the small screen. Thanks to the rise of high-speed Internet and smartphones, consumers increasingly are getting their entertainment not from the multiplex or traditional TV outlets — but from the Internet and their mobile devices. Advertisers, too, are gravitating to smaller screens.

“This deal further solidifies the fact that mobile is king, and content is king,” Peter Brack, a venture partner at the Los Angeles investment firm Mucker Capital and a former Time Warner executive, said.

The proposed merger is designed to patch weaknesses in both companies’ businesses. For AT&T, growth in mobile phone customers has stalled, and there is more competition than ever, particularly from Sprint, Verizon and T-Mobile. The company hopes it will gain an advantage by owning content that will keep users on their mobile phones longer.

“The content offerings that are in Time Warner … are now fully acknowledging the fact that cord cutting is the new normal, and AT&T; solves that issue,” added Peter.

AT&T Chief Executive Randall Stephenson, in announcing the deal, told reporters: “We believed premium content was always going to win, and it has been true when you think about the big screen, it has been true on the TV screen and we are seeing that it is also true on this mobile screen.”

The mega-merger underscores the blurring of lines between technology and entertainment industries, where streaming services such as Netflix and Amazon are aggressively creating their own original programming and Snapchat and Twitter are streaming entertainment content. 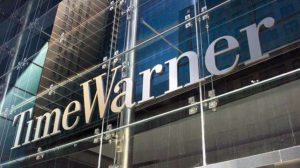 Verizon, meanwhile, has loaded up on Web content, spending $4.4 billion to buy AOL last year. The phone carrier is in the midst of another deal, worth $4.8 billion, to swallow Yahoo Inc.

For AT&T, buying Time Warner furthers the bet on television it made last year, when the Dallas phone company spent $49 billion to purchase satellite TV service DirecTV. That made AT&T the nation’s largest TV provider with more than 25 million customers.

The Time Warner deal enables AT&T to diversify its mix of businesses by owning — not just distributing — the channels.

“There is just no growth anywhere in their portfolio,” said prominent telecommunications analyst Craig Moffett. “And I think they’ve come to realize that DirecTV is facing significant growth challenges, and much sooner than they had anticipated.”

Meanwhile, media companies like Time Warner face their own set of difficulties. Confronted with the threat of lower advertising revenues and declining fees from cable service providers, they are grappling with new ways to reach younger audiences.

Studios like Warner Bros., owned by Time Warner, no longer can depend on the box office and DVD sales to drive profits. Theatrical attendance in the U.S. has declined for much of the last decade, in part, because younger audiences aren’t going to movies as frequently. Nor are they watching traditional TV like their parents did. 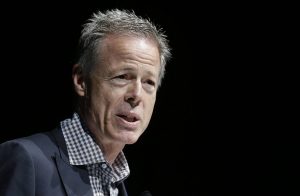 Time Warner’s basic television networks, including TNT, TBS, CNN and Cartoon Network, have witnessed a decline in the number of homes that receive their channels, leading to lower ratings. HBO has launched its streaming service, HBO Now, to stream shows such as “Game of Thrones” to consumers who do not have cable, but the service has attracted fewer customers than analysts had expected.

“The content offerings that are in Time Warner now — such as CNN, HBO and Warner Bros. — are now fully acknowledging the fact that cord cutting is the new normal, and AT&T solves that issue,” Brack said.

Instead of relying so heavily on traditional pay-TV operators, Time Warner’s content would get pushed out through AT&T’s mobile network. CNN videos or Turner e-sports would have more exposure to mobile users, enabling Time Warner to capture a bigger slice of the fast-growing mobile advertising pie.

Digital advertising through handheld devices is expected to continue surging, according to EMarketer. Mobile ad spending in the U.S. this year is estimated to hit $46 billion, up 44% from last year, the firm said. Mobile should account for nearly two thirds of spending on digital advertising this year.

Figuring out better ways to deliver ads that are relevant to the viewers who see them was a prime motivation behind the deal, Bewkes said.

“All of us like advertising messages if they are interesting to us,” Bewkes said. “That’s how we got to the view that this would be really a game changer.”

The massive merger was born, in part, from frustration with the status quo. Seven years ago, Bewkes prodded the cable industry to be more nimble to respond to the changes in viewer behavior. He pitched his concept for “TV Everywhere,” in which consumers could watch TV shows free, any time and on any device — as long as they were already paying customers. 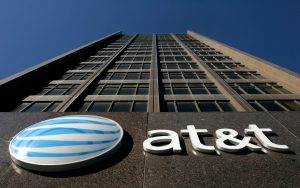 But traditional pay-TV operators barely budged. The move to offering TV channels online got snarled by disputes over who had the rights to distribute the content. There wasn’t a uniform interface, and customers were subjected to a clunky process of being asked to “authenticate” that they were indeed paying subscribers.

“That’s not the way to bring a revolution to consumers and give them more choice,” Bewkes said.

Some analysts are skeptical that bigger is necessarily better, noting the failure of Time Warner’s earlier combination with AOL, which was also sold on the idea of marrying content with online distribution.

Consumer advocates worry that the deal would hand AT&T too much data about its customers, an issue that regulators in Washington will probably consider.

The AT&T deal will face a tough review in Washington. Republican presidential nominee Donald Trump said his administration would block the proposed tie-up, while a spokesman for Democrat Hillary Clinton on Sunday said the AT&T-Time Warner deal raised concerns — but he stopped short of saying whether Clinton would be against it.

The rise of the small screen is what’s driving AT&T’s $84.5-billion deal for Time Warner added by Newsroom on October 24, 2016
View all posts by Newsroom →