By Newsroom on May 4, 2017Comments Off on Tempo Launches App-Enabled ‘Pregnancy Test for Men’

Launched in 1929, Tempo enjoyed 80 years of continuous success, becoming not only Italy’s favourite tissue but also an indispensable ally for hygiene & against illness. 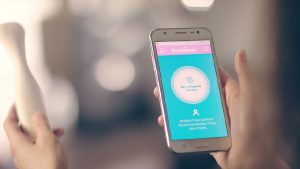 Unfortunately, this old promise that made Tempo so successful gradually became part of the problem: the brand was still talking about allergies, colds and other unpleasant conditions. As a result, affection for the brand cooled. This campaign sought to reinvigorate the brand by making it relevant and by forging an emotional connection with consumers.

BBDO Italy made Tempo stand not only for illness and unpleasant conditions, but also for happy moments too. And no event could be happier and more emotional than a pregnancy announcement. 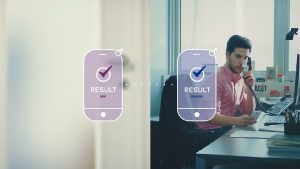 They started by studying the emotional/behavioural patterns of the couples who go through this situation in life to understand that only 28% of women discover they’ll be moms in the presence of their partners.

To ensure that the other 72% of them live that moment in a less solitary and impersonal way, BBDO switched the roles by creating a sharing pregnancy test that reveals the results to the man first, so he can let his woman know whether or not she is pregnant in a sweeter way. 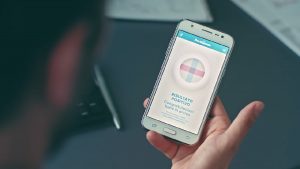 This way, for the first time in history, on March 18 a man announced to his partner that they would become parents. As expected, conservatives and feminists attacked the man and the idea, clashing against thousands of people in favour of this alternative scenario.

This national debate gave Tempo the opportunity to take a stand for consumers’ right to choose how to live this emotional moment by activating celebrities, influencers, individuals and groups who got the first samples of the pregnancy test and started sharing their support of this innovation and the brand behind it.

In doing so, Tempo connected with audience in a manner it has ever done and encouraged them to associate its hankies with the most emotional moments of life too.

Tempo Launches App-Enabled ‘Pregnancy Test for Men’ added by Newsroom on May 4, 2017
View all posts by Newsroom →