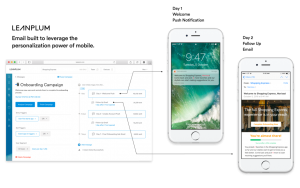 Techstars Seattle graduate Leanplum has raised $29 million in a Series C round, led by Canaan Partners with participation from Kleiner Perkins and Shasta Ventures.

It’s a big round for the startup company, which left Seattle for San Francisco shortly after graduating from the Techstars program in 2012.

The latest round brings total funding in Leanplum to $46 million. The company, which focuses on mobile marketing, engagement and testing, plans to double its headcount of 80 by the end of next year, according to AdExchanger. The money will go toward hiring more engineers and growing globally.

Leanplum says it has a customer base of more than 100 top brands, including Tinder, Lyft and Zynga.

Leanplum isn’t the only Techstars 2012 alum to move out of the area. Geo-tagged story sharing platform Maptia moved from Seattle to Morocco in 2015, after the founders’ visas expired.

Other Techstars companies have stayed home and landed big rounds of financing. One example is Matt Oppenheimer-led Remitly, which describes itself as the largest independent mobile remittance company in the U.S. A 2011 Techstars grad, Remitly just last month reeled in $38 million in venture funding, and it continues to expand its money lending platform around the world.

Here is Leanplum’s original Techstars pitch from way back in 2012: