By Newsroom on August 13, 2018Comments Off on Spotify weighs up letting free tier users skip any ads they feel like 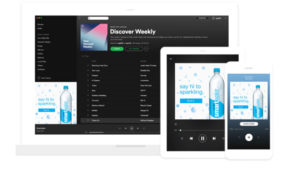 Spotify is hoping to deliver another blow at rival Pandora, all in an effort to dominate the fast growing, $1.6 billion market that is digital audio advertising.

The company says it’s running a test in Australia that will allow listeners to skip audio and video ads any time they want, as often as they want, allowing them to quickly get back to music. Listeners who don’t pay for a subscription currently can’t skip ads at all.

Danielle Lee, global head of partner solutions at Spotify, says she compares the move to Spotify’s “Discover Weekly” feature, which tailors a playlist to users’ established listening habits. Unlimited ad skipping means Spotify users will be able to hear or watch just the ads they actually like, informing Spotify about their preferences in the process, she says.

“Our hypothesis is if we can use this to fuel our streaming intelligence, and deliver a more personalised experience and a more engaging audience to our advertisers, it will improve the outcomes that we can deliver for brands,” Lee says. “Just as we create these personalised experiences like Discover Weekly, and the magic that brings to our consumers, we want to inject that concept into the advertising experience.”

The effort is another volley aimed at the company’s largest competitor. Last month, Spotify quietly pulled its ad inventory from the digital audio ad tech platform AdsWizz, which Pandora bought in May for $145 million.

The company wasn’t coy about its motivation, either: Lee says it opted to end its partnership with AdsWizz “to maintain our competitive differentiation.” 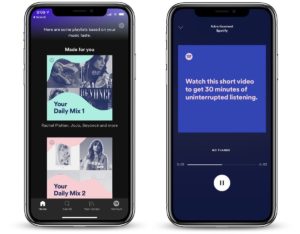 With the new feature, dubbed “Active Media,” advertisers won’t have to pay for any ads that are skipped. Spotify is essentially betting its ad revenue on its ability to serve enough ads that consumers are willing to hear or see.

To be clear, the company only began testing the feature last month, and in Australia only. But Lee says the company’s ambition is to roll Active Media out globally.

Sam Kang, VP of media and acquisitions at Dollar Shave Club, says the company has been increasing its ad spending with Spotify, which it considers “one of our key pillars in our marketing.”

Kang was unaware of Spotify’s efforts to let consumers skip unlimited ads but says he welcomes the idea. “As an advertiser, I love it,” he says. “As a user, I love it, too.”

Spotify reported in July that it finished the second quarter with 180 million monthly active users, up 30 percent year-over-year, including more than 101 million ad-supported users in 65 markets around the world. Ad revenue totalled about $158 million, up 20 percent. Automated ad sales are growing quickly and accounted for more than 20 percent of ad revenue, the company said.

Still, the company’s path is far from clear. According to the latest Share of Ear report, which analyses how long consumers and how consumers are listening to various platforms, time spent on Pandora’s ad-supported tier is about twice the size of Spotify’s.

Spotify weighs up letting free tier users skip any ads they feel like added by Newsroom on August 13, 2018
View all posts by Newsroom →