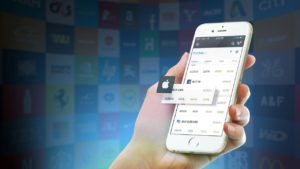 Seven Premier League clubs have agreed to partner with digital-currency exchange eToro for the 2018/19 season, thought to be the first sponsorship deal to be paid using Bitcoin for the top-flight football tournament.

The pairing will encompass in-game advertising on digital perimeter boards and brand exposure on each club’s social media channels through the creation of ‘unique content’. The clubs have also pledged to work with eToro to work out how blockchain and cryptocurrencies can be harnessed within each stadium.

Jonathan Gregory, Leicester City’s commercial director said: “We are pleased to welcome eToro to the club as an Official Partner, it is exciting to be working with such an innovative industry leader. Much like Leicester City, eToro is an ambitious brand with a significant global reach and we look forward to working together throughout the season.”

Iqbal V. Gandham, eToro’s UK managing director added: “We are excited to be partnering with Leicester City to make history by being the first company ever to pay for a Premier League partnership in bitcoin. This is very much the first step on a long road to football fully embracing bitcoin and the underlying blockchain technology. Education will be key so that industries can understand the potential, however, the willingness of Leicester City to taking this first step, is very exciting for everyone.”

EToro specialises in the trading of crypto currency assets such as bitcoin and ethereum as well as traditional financial products such as stocks and commodities.