By Newsroom on May 12, 2016Comments Off on Samsung’s Galaxy Surfboard Helps Make Surfing a ‘Social’ Sport

Samsung has been a big patron to surfing, as seen in much-lauded promoting its sponsorship with the World Surf League and ASP World Tour, created out of 72andSunny Amsterdam.

Now the brand further deepens its involvement with the sport with the debut of the Samsung Galaxy Surfboard, a prototype of a digital board that allows those who ride it to be more “connected” to those around them, from their coaches to their fans.

The brand and agency Leo Burnett Tailor Made just debuted this film showcasing the board, as tested out by Brazilian surfer and 2014 ASP World Tour Champ Gabriel Medina.

It shows how the board takes the “solitary” out of the sport, and how even when on the waves, Medina can get tips from his coach and stepfather Charles, while also seeing words of support from his fans. The board displays real-time social media posts as well as weather and surf conditions on a screen on the board’s deck.

“Unlike other sports, in professional surfing, the athletes are away from the fans from their country almost the entire year, said Marcelo Reis, co-president of Leo Burnett Tailor Made in a statement. “Even during practice, surfers spend hours out at sea, while their coaches are on the shore. These distances are obstacles to the athletes’ evolution and motivation.” 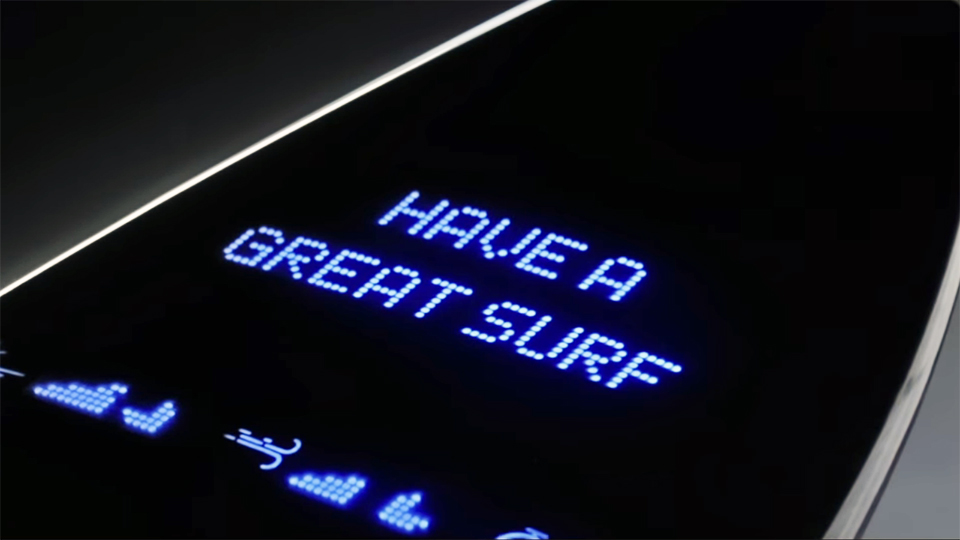 Samsung powers the board with a Galaxy S7 smartphone, which sits in a hidden drawer. The agency built it with the help of Johnny Cabianca, Medina’s longtime surfboard maker.

Mr. Medina rode the board during a special practice session in April on the north coast of Sao Paulo.

“Samsung believes that technology helps drive people’s talent,” said Loredana Sarcinella, Samsung’s senior marketing director for the mobile devices division in a statement. “Since 1986, Samsung has supported, sponsored and promoted various sports initiatives in the countries hosting them. More than supporting athletes, we want to provide them with solutions. The board offers this innovative look at a solitary sport and our convergent technology is a strong differentiator for this and various other sports.”

While it’s early days yet, the concept has received a mixed response from the surfing community, with many unimpressed commenters making the point that much of the joy derived from surfing is down to the solitude and escapism it provides from both people and technology.

Samsung’s Galaxy Surfboard Helps Make Surfing a ‘Social’ Sport added by Newsroom on May 12, 2016
View all posts by Newsroom →