By Newsroom on November 30, 2016Comments Off on Radio industry launches free streaming app via All In Media with 250 Australian radio stations 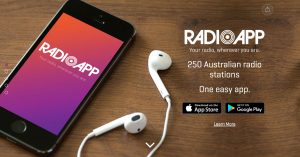 In an Australian first, the radio industry has launched RadioApp, a new mobile app, created by industry body Commercial Radio Australia and app developer All In Media, that allows consumers to live stream 250 Australian radio stations on the go.

The free app allows listeners to tune in to Australian radio from anywhere in the world, add stations to their favourites list and simply swipe to see what’s playing on other stations. Listeners can also view a list of recently played songs and share what they’re listening to with friends.

The app is part of a strategy to make listening to radio on smartphones much easier.

Joan Warner, CEO, CRA commented: “RadioApp is the best way to stream radio on your smartphone because it puts commercial AM, FM and DAB+ digital radio stations as well as ABC and SBS stations all into one place. It’s about setting commercial rivalries aside and putting the consumer experience first, so listeners can simply swipe and listen to their favourite stations wherever they are.” 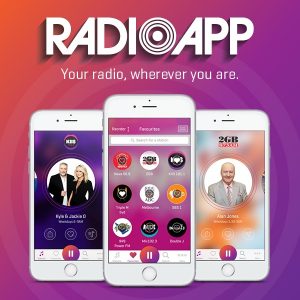 More features will be built into the app in future stages, including the ability to subscribe to podcasts.

Grant Blackley, CRA board member and CEO, Southern Cross Austereo said: “What’s in the marketplace at the moment is a very scattered view, with different technology and different apps across different platforms. This brings it all together and makes it easy for the listener, and that’s going to benefit the industry.”

Michael Mason, radio director, ABC said: “The ABC fully supports collaborative involvement in this innovative all-of-industry app.  This is an example of radio continuing to evolve to stay relevant to our listeners.” 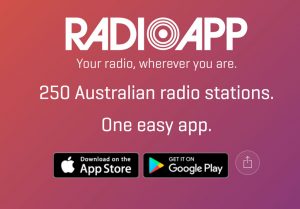 Mandi Wicks, director of audio and language content, SBS added: “SBS Radio is keen to be part of RadioApp with eight SBS stations because it’s a great platform to deliver our music and more than 70 in-language programs to radio audiences.”

The industry will promote the app through a national marketing campaign that launches today, including radio and online advertising, social media and interior bus panels. The ads carry the tagline: “RadioApp. Your radio, wherever you are.”

More than 95% of the population listens to Australian commercial and public radio stations each week in the five metropolitan capitals. GfK figures show Australians spend about six hours on average listening to Australian radio via a mobile phone or tablet each week.

Radio industry launches free streaming app via All In Media with 250 Australian radio stations added by Newsroom on November 30, 2016
View all posts by Newsroom →