By Newsroom on August 10, 2016Comments Off on Procter & Gamble pulling back on targeted Facebook ads 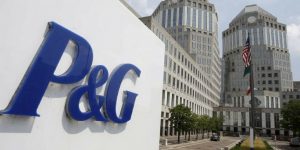 One of the world’s biggest companies has decided that targeted ads on Facebook really aren’t so targeted. Procter & Gamble is moving away from targeted ads on the social media giant, saying that hyper targeting on Facebook did not prove as effective as the company thought it would be.

P&G is the biggest ad spender on the globe, with a reported $7.2bn ad budget in 2015, and is constantly trying new avenues, but the road taken down targeted ads proved too narrow a focus and did not reach the audience the company hoped for, according to a recent story in The Wall Street Journal.

Marc Pritchard, global marketing officer at P&G, told the Journal that the company would not be cutting back on Facebook ad spending overall, but that “we targeted too much and went too narrow.” He went on to say that P&G is looking to find a balance between getting the most reach with the right precision.

What effect this public change will have on Facebook is unclear. The social platform prides itself on its ability to grasp and grab unique user demographics to deliver advertisers their ultimate targets. P&G’s decision certainly didn’t condemn the practice; it just stated that it didn’t work for them. Perhaps it’s because P&G serves so many different brands and casts such a wide net for consumers that niche targeting just didn’t prove effective enough to continue with the ad spend.

Facebook will be just fine, however, since its ad revenues are growing. And it recently used new technology to bypass ad blockers on desktop.

P&G, like many larger brands and umbrella companies, will most likely go broader, including efforts on Facebook. As stated, the amount spent by P&G on Facebook will stay the same, but it is simply cutting back on niche targeting. The company will use some targeting on social and will complement that with a larger spend on television.

Ad partnerships are constantly shifting, and targeting is still a technology that is taking shape, so expect that the long-running partnership between P&G and Facebook to continue as technologies evolve.

Procter & Gamble pulling back on targeted Facebook ads added by Newsroom on August 10, 2016
View all posts by Newsroom →