Mobolize has expanded into Europe, growing its operations across the Atlantic to introduce its patented, on-device data management software to mobile network providers.

As part of this expansion, Mobolize is unveiling Mobolize Bond, a new on-device software product. Mobolize Bond increases mobile device performance by seamlessly and intelligently managing, or bonding, a smooth handoff between Wi-Fi and cellular connections for users on the move to create the fastest possible connection.

It fixes poor consumer experiences as they travel amongst Wi-Fi and cellular networks and enter dead zones where devices often don’t disconnect from weak Wi-Fi networks to connect with cellular in a timely manner. Mobile users can become frustrated when they unknowingly enter dead zones where they experience lost or delayed connections to streaming video or music, apps, websites or GPS. 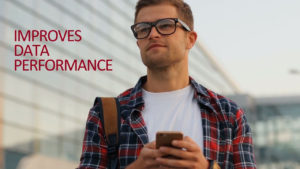 Additionally, trials have shown that 80% of users enjoyed a seamless downloading experience when browsing, with significantly fewer drops in service and lags in streaming videos. The majority of the trial users reported that their data experience improved.

Mobolize Bond adds to Mobolize’s suite of smart mobile data traffic management software and is a compliment to Mobolize Secure which uses Mobolize’s SmartVPN to bring traffic through its data engine, providing the most efficient, secure Wi-Fi solution for the mobile device. The result is maximised data performance, optimised data usage and in the longer term, improved user churn and customer lifetime value (CLV).

Philip Mustain, CEO & CO-Founder, Mobolize, said: “Mobolize’s patented smart data engine has had great success in the US with customers that include a Tier 1 US operator. We have ambitious growth plans in Europe where we’ve been in conversation with a range of European mobile operators over the last year. Today, numerous disruptors are challenging the mobile market from changing consumer behaviour to new technologies. Mobile data providers need to think smarter about delivering optimum data performance for a better customer experience.”

Colleen LeCount, SVP, Global Sales & Marketing, Mobolize, adds: “The issue of Wi-Fi dead zones has not been widely discussed within the industry until now. While mobile operators understand the issue of dead zones, they aren’t aware that a solution exists on the mobile device to address the challenge. We’re confident that our new Mobolize Bond product is set to change the game for operators and mobile users alike.”

Mobolize Bond is network neutral, so it does not require any integration or impact on the physical cellular network or need to route to servers. The on-device software enables easy and fast deployment via an existing app or as a standalone solution and is available on Android and iOS devices.