By Newsroom on July 14, 2016Comments Off on Live-streamed yoga app turns classes on their head 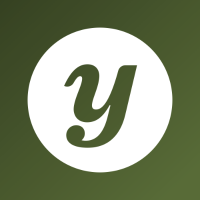 One of the ironies of going to a yoga class is that all the good work of destressing can be undone in the rush to get to work afterwards, or on the commute home.

This is what prompted Finnish yoga devotee Mikko Petäjä to start a live online yoga alternative two years ago. “I worked in advertising and design and have three children so life was very busy. I was doing yoga to try to restore some balance, but by the time I’d got to work I was stressed out again,” he says.

Last year Yogaia’s net yoga app made Apple’s Best of 2015 list. The proposition has chimed so well with its target market that Petäjä brought Yogaia to the UK 18 months ago. Here, customers already make up 25-30% of the company’s 10,000 active paying users.

Yoga DVDs and online sessions are widely available, but Yogaia’s selling point is that it streams a live instructor into people’s living rooms. “While there are plenty of online yoga services (gaia, yogaglo, ekhardt yoga), none of these have actual live classes, nor are they interactive,” explains Ian Chapman, who manages Yogaia in the UK. 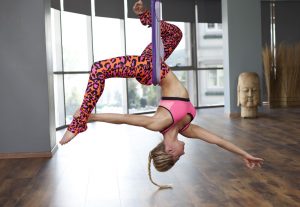 Users sign up via the web or a mobile app and can choose from 100 new live sessions each week, as well as downloadable recordings of previous sessions. Options include Curvy Girl Yoga, Broga (for men), Pilates and a range of stretching and meditation classes.

In the London studio, based in Whitechapel, HD cameras and audio technology enable high-quality, two-way streaming over a technology platform Yogaia has developed itself. There are to date 16 freelance teachers in the UK, who come to the London studio to teach their own style of class, which customers can pick from a menu.

Anything above 50 live users for each class would be impractical, both technologically and in providing the individual attention students need from the teacher. Chapman explains that, typically, up to ten people join each live session. “We haven’t been in a position yet where we’ve been over-subscribed for a class, but that’ll be a nice position to be in if it happens, and we’ll adapt accordingly. This is still very much an evolving model.”

For customers, it’s not only convenient but also cost-effective. Whereas a standard studio class might cost £10 to £20, Yogaia customers, who are mostly women aged 24-45, pay £7.50 to £15 a month to subscribe and can take as many classes as they like. If they miss one, they can play it back later. But the appeal of taking part live is that they can engage more fully. 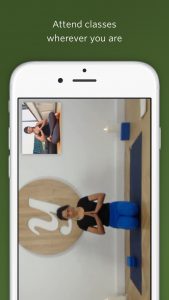 Although users can stream the classes on a big screen, taking part through an iPad or smartphone means users can take a class while away on business or holiday. Yogaia has already attracted interest from the US and Australia, so has been scheduling classes to fit in with other time zones, until it sets up studios in those markets. (It already has presence in Hong Kong, and more recently Germany.)

While the parent company and R&D team are in Finland, the commercial side of the business is managed from London, where founder Petäjä is now based. Funding has proved important to develop the business and ensure a high-quality user experience.

“There was a lot of bootstrapping at first,” says Petäjä. “But then, via angel investors and a Swedish crowdsourcing platform, we raised €700,000 euros in the first year, then a further €2.5m last year (including a Government grant from Finland).” The business now employs 25 people, excluding instructors.

Currently tripling in size each year, with paying customers in over 100 countries, Yogaia has a run rate of around €1m. “We are growth oriented,” Petäjä says, adding that the company is currently in discussions for further funding.

For now Yogaia appears to have cornered the market, but it will need to stay vigilant in case other entrants mimic or improve on its model. Updating its technology and broadening its class range are key to its strategy to stay ahead.

“We’ve recently invested in a new streaming solution, HD camera and better mics, and improved the studio’s soundproofing with acoustic curtains,” Chapman says, adding that the company is constantly refreshing its class content. “We have guest teachers coming in, who also have their own market and pull, and this gives our customers the chance to be taught (and adjusted) by the best in the world – in their own living room, even if that’s in the Outer Hebrides! Our next big step will probably be to conquer the States, and then hopefully the world.”

Nutrition and fitness expert Rick Hay, author of The Anti Ageing Food and Fitness Plan, believes Yogaia has a lot of potential. “Yoga has taken the world by storm in the last few years, and the idea of live interactive classes is ideal for time-starved people who want to stay fit and well,” he says.

“Adding to the class portfolio is the right way to keep people interested,” he adds. “I don’t think this is a replacement for studio-based classes, as nothing beats the camaraderie and overall buzz of being there in a room with other people.” He notes potential safety considerations, if users choose not to use the webcam and the instructor can’t check their posture – although this would apply to any at-home exercise. “But if you can’t get to a class or want to do something additional, this is an appealing solution.”

Live-streamed yoga app turns classes on their head added by Newsroom on July 14, 2016
View all posts by Newsroom →