By Newsroom on April 3, 2018Comments Off on Lacta Uses Branded Entertainment and AI in Order to Define Love

Mondelēz International owned Lacta chocolate, has always been a symbol for love in Greece. Years of advertising have established it as the perfect gift to give on Valentine’s day. 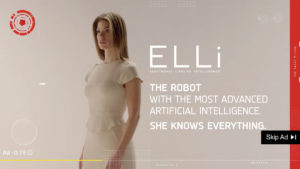 But in an age of obsession with technology and Artificial Intelligence, Lacta wanted to remind everyone that without love, life is tasteless and that what makes us human and separates us from A.I., is our ability to love and forgive.

Continuing the tradition of inspiring audiences with branded entertainment, this year Lacta presented a 73-minute science-fiction film titled “The Taste of Love” that was released online and on TV, on Valentine’s Day. The film was created by OgilvyOne Athens and produced by Foss Productions, as part of the integrated campaign devised by Ogilvy & Mather Greece.

Lacta and OgilvyOne Athens are pioneers in Branded Entertainment, having created a theatrically released feature film in 2013, titled “Love in the end”, as well as a number of TV movies,  online shorts and web-series, that have won a total of 6 Cannes Lions, including Gold for 2017’s “From the Start“. 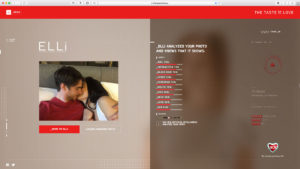 “The Taste of Love” tells the story of lonely middle-aged man, living with a beautiful young girl that predicts and satisfies his every wish without ever wanting anything in return. Because she’s in fact an android robot, and the year is 2038.

ELLi, has a perfect human body and features the most advanced Artificial Intelligence as well as access to all his data in the cloud, acting as an ideal personal assistant. Until one day, her operating system is updated with “Artificial Emotions”, and now she feels neglected and wants to know what love is.

The hero dismisses her, telling her that love is the worst thing that can happen to man, but when she presents him with a Lacta chocolate and asks him to describe its taste for her since she cannot eat, he succumbs and starts telling her a story that began 20 years ago, in Athens in 2018… 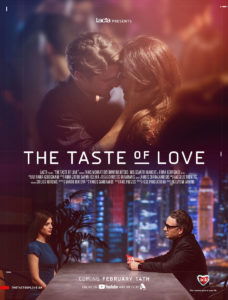 To create anticipation for the film, a teaser campaign presented ELLi, with ads on YouTube, as the robot with the most advanced Artificial Intelligence. Combining real-time data, viewers were presented with personalized versions of the ads, showing that ELLi knows everything, even the type of device viewers were using, or the weather conditions at their location. But even if she knows everything, she still can’t understand what love is.

Users were invited to visit thetasteoflove.gr, and help her learn, by submitting a photo that captured love for them. Using real Artificial Intelligence, the website created by OgilvyOne Athens in collaboration with Google, was able to recognize what was portrayed in each photo. Data was then organized using Machine Learning, letting users dive into ELLi’s mind to see what she was learning in real time. In a 3D interactive environment, users could discover patterns and common threads about what love is to us all.

The website showed the connections between 10.000 entries and made headline news in Greece about Lacta’s attempt to use Artificial Intelligence in order to answer one of Google’s top international search queries, “What is love?” 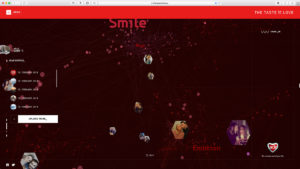 “Lacta” keyword searches on Google increased by +1460% during Valentine’s week and “Lacta” became one of the top-20 keywords being searched on YouTube in Greece.

As a result of the buzz, the film’s release on Valentine’s Day, became an instant trending video on YouTube and one of the top-3 most engaging posts on Facebook. The film has by now more than 2.500.000 views in a country of 5.000.000 Internet users and Lacta’s YouTube channel has become the most popular in Greece.

Lacta Uses Branded Entertainment and AI in Order to Define Love added by Newsroom on April 3, 2018
View all posts by Newsroom →