By Newsroom on March 6, 2018Comments Off on Korean internet giant Kakao is launching a blockchain company 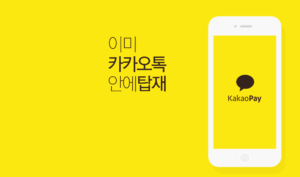 the Korean internet firm that operates the country’s largest messaging app, is moving deeper into crypto after it revealed plans to launch a blockchain-focused business unit.

A Kakao representative confirmed the plans and that the company has hired Han Jaesun, CTO of gaming startup FuturePlay, to head up the business. The company isn’t commenting on exactly what the new division will do, although Reuters reported that local media is speculating that its services will include a platform that will allow companies to raise funds via ICO.

If the rumors are true, and Kakao will be helping companies to hold ICOs, it will need to work with Korean regulators, who moved to ban them last year. Korea is generally regarded as a hotbed for trading bitcoin and other cryptocurrencies.

Kakao is already invested in the crypto space after it opened a trading exchange called Upbit via its Dunamu affiliate last year.

The company is far from the only messaging app company to dabble in crypto. Japan’s Line recently announced plans to introduce a crypto exchange to its chat app and explore blockchain services, while Telegram is raising a record ICO that is tipped to hit as much as $2 billion. Chat app Kik raised around $100 million in an ICO that’ll see its service migrated to the blockchain, while new project Status held an ICO of more than $100 million to build a fully-decentralized service on the Ethereum blockchain.

Kakao operates a number of vertical-focused businesses that include payments, ride-sharing, games, and more. Lately, it has put considerable focus on developing these businesses, with Kakao Mobility raising over $400 million from investors last year and Kakao Games pulling in $130 million last month. Kakao itself is also eyeing M&A opportunities after it raised $1 billion via a share offering in Singapore.

Korean internet giant Kakao is launching a blockchain company added by Newsroom on March 6, 2018
View all posts by Newsroom →