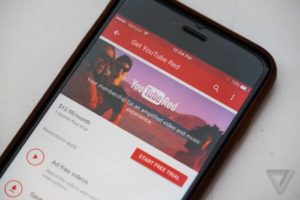 is planning a new push to vet top-tier YouTube videos that it bundles for major advertisers, people familiar with the effort said, moving to address resurgent concerns that inappropriate content is being shown alongside brand messages.

The new approach will be applied to videos that are part of Google Preferred, a set of popular YouTube channels Google sells to advertisers at a higher prices, these people said. They asked not to be identified talking about private company plans.

In recent months, advertisers and others have complained about the unfiltered nature of some videos involving children and popular stars such as Logan Paul — the second round of such scrutiny in the past year.

Google told partners that it plans to use both human moderators — the company recently announced it will have 10,000 employees focused on the task — as well as artificial intelligence software to flag videos deemed inappropriate for ads.

“We built Google Preferred to help our customers easily reach YouTube’s most passionate audiences and we’ve seen strong traction in the last year with a record number of brands,” a spokeswoman for Alphabet Inc.’s Google wrote in an emailed statement. “As we said recently, we are discussing and seeking feedback from our brand partners on ways to offer them even more assurances for what they buy in the Upfronts.” 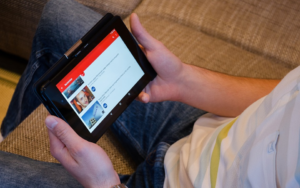 is an annual ad-industry sales process, usually in late May, where brands commit to buy many marketing spots ahead of time. Before last year’s Upfronts, YouTube’s better-than-TV pitch was already marred by rare but jarring combinations of wholesome brand marketing and offensive videos. Several major advertisers pulled spending on YouTube in early 2017 after some ads were found on videos promoting racism and terrorism.

YouTube has faced another groundswell of criticism and advertiser concern, this time over videos aimed at children. Recent media reports showed that some of these channels post gruesome content.

YouTube is also dealing with the aftermath of a crisis involving one of its more popular creators. Logan Paul, a prominent YouTube celebrity, last week posted a video of a dead body in Japan from an apparent suicide. On Wednesday, Google announced that it had removed Paul’s videos from Google Preferred.