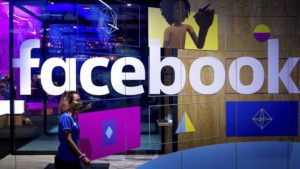 posted $11.8 billion in advertising revenue for Q1 2018, a 50% increase over the same period last year, according to its earnings report for the quarter. Mobile ad revenue represented about 91% of ad revenue in Q1, up from 85% a year ago.

The number of daily active users on the platform increased 13% year-over-year for a total of 1.45 billion in March 2018, and monthly active users totaled 2.2 billion, also a 13% increase.

Changes made to the Facebook News Feed earlier this year that downgrade news and make content from friends more prominent has so far worked as expected by decreasing passive video viewing, Facebook CEO Mark Zuckerberg said during a conference call with analysts to discuss Q1 results, according to a report from The New York Times.

Facebook’s strong ad revenue gains and growing user base signals that, so far, the social network appears to be weathering the storm that the Cambridge Analytica scandal created. The abuse of more the 87 million user profiles by a data firm tied to Donald Trump’s presidential campaign, and the company CEO’s testimony before Congress seems to have had little impact on its Q1 2018 earnings. However, the revelations and a backlash from some users and advertisers did not kick up until later in the quarter so, depending on how quickly Facebook is able to put any concerns behind it, there is still the possibility that a negative impact could show up in Q2 results.

The trending #DeleteFacebook boycott led some advertisers, including Mozilla, SpaceX, Tesla and Sonos, to pull their ads from the platform, but most advertisers seem to be staying put. A recently released report from 4C suggested higher ad revenue growth of 62% for Facebook in Q1, but a decline of 34% from Q4 2017.

Despite the strong start to 2018, Facebook has some work ahead when it comes to rebuilding users’ trust in the platform. Following the Cambridge Analytica issue, 45% of Facebook users said they would be using the platform less, a Raymond James study found. Facebook has unveiled several new privacy initiatives over the past month to provide greater transparency over what user data it collects and how it uses it.

To comply with the EU’s General Data Protection Regulation (GDPR), which goes into effect May 25, Facebook will begin asking users to review information about how it gives the platform permission to target ads and uses their data. The company plans to require people in the rest of the world to make the same decisions about their personal information and the permissions they grant Facebook. Competitors say Facebook and Google may have an advantage when it comes to GDPR compliance because they have the sophisticated solutions to obtain user consent in heavily populated areas and are more recognizable to consumers. Smaller ad tech firms are less visible and fear being squeezed out.