By Newsroom on April 28, 2018Comments Off on Facebook Messenger ‘sleep mode’ locks your kids out at bedtime 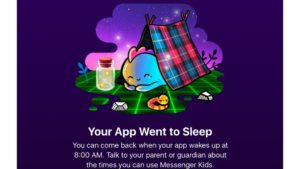 has courted its share of controversy in the short time it’s been on the scene. In an effort to clean up the app’s reputation, Facebook is adding a feature that parents have been asking for: making it inaccessible during certain timeframes. Specifically, during dinner, when they should be doing homework or at bedtime. Thus, “sleep mode” for the app.

When the feature is activated from a parent’s account, the app will be inaccessible by the kids, blocking off access to sending or receiving messages or video calls and the rest of the app’s functionality. Facebook says the “off times” can be changed whenever you see fit. 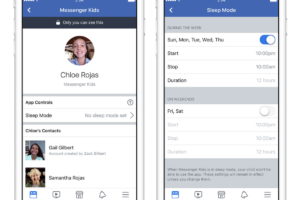 This likely won’t quell the voices saying that kids shouldn’t have access to such technology in the first place. Or, do anything to assuage the worry that so much digital communication at an early age could have a dire impact on childhood development, of course. But, if you’re keen to stick a smart device in your kid’s hand, now you’ll have a little more control over when they can use one aspect of it.

Facebook Messenger ‘sleep mode’ locks your kids out at bedtime added by Newsroom on April 28, 2018
View all posts by Newsroom →