By Newsroom on November 21, 2017Comments Off on Chinese tech giant Baidu unveils a smart home speaker to compete with Amazon 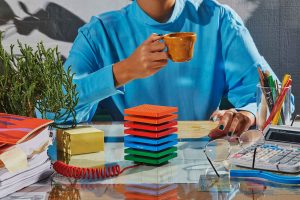 Chinese internet search giant Baidu on November 16 introduced a speaker and two robots as part of its Raven series in a serious push into the highly competitive smart home market.

The products, introduced at the Baidu World Conference in Beijing, are powered by the company’s DuerOS conversational artificial intelligence technology. That system is similar to virtual assistants like Amazon’s Alexa, the Google Assistant and Microsoft’s Cortana.

The smart speaker is called Raven H and will be available for purchase in December for about 1,699 yuan ($256). Design-wise, the speaker looks like a stack of thin, coloured square blocks and it comes with a touch-sensitive light-emitting diode (LED) display controller.

The controller can be detached from the speaker base and used as a voice-powered remote for all Raven-compatible smart home devices. 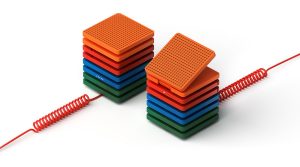 The speaker was designed by Raven Tech, a start-up that Baidu acquired in February, and Swedish consumer electronics manufacturer Teenage Engineering. It also has components from Danish high-end audio systems maker Tymphany.

The DuerOS allows the device to carry out other voice-based commands and tasks such as looking up information, playing music and hailing a taxi, according to Baidu.

The idea behind the Raven H is to make the interaction between man and machine as seamless as possible, according to Jesse Lyu, the founder of Raven Tech, who joined Baidu’s intelligent hardware unit as general manager.

“Its adjustable design lets its [users] move through their home or workspace, while remaining connected to both the Raven H system and their personal world,” Lyu said in a statement. 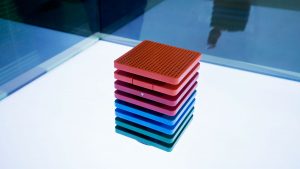 That said, the Raven H will face stiff competition in the smart home speaker market, which according to Strategy Analytics, is currently dominated by Amazon.

Baidu also introduced the Raven R, a multi-jointed robotic arm that can move in response to user commands and to express emotions.

A second robot — still in development — is Raven Q, which will eventually incorporate various technologies, such as simultaneous localisation and mapping, computer vision, voice recognition and natural processing. The company did indicate any pricing or availability details for the Raven R and Raven Q robots in the announcement.

“Each product in our new Raven series is integrated with Baidu’s latest AI technologies, including facial recognition, computer vision and even our Apollo autonomous driving technology. These smart speakers and AI home robot may sound like a small step in the history of technology — but they will help people’s everyday lives and bring them an experience once only seen in sci-fi movies,” Lyu told the conference audience.

Chinese tech giant Baidu unveils a smart home speaker to compete with Amazon added by Newsroom on November 21, 2017
View all posts by Newsroom →