By Newsroom on June 21, 2017Comments Off on Boost Your Voice from 180LA wins Cannes Grand Prix and Gold Lion for Boost Mobile 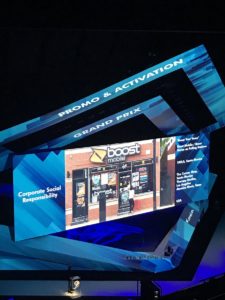 180LA earned a Grand Prix Lion in Promo & Activation and a Gold in Outdoor for Boost Mobile’s Boost Your Voice, a non-partisan initiative that took a stand against voter inequality, at the Cannes Lions Festival yesterday.

The Boost Your Voice campaign formed a unique relationship with customers by enabling them to exercise their most fundamental American right inside a Boost Mobile store: voting.

Voters in low-income neighbourhoods have fewer voting stations and are more likely to have to wait in line for hours. Boost Mobile stores are often located in the same communities where voting access is most problematic. To address this issue, Boost and 180LA did the unprecedented: turned key Boost Mobile stores located in many underserved neighbourhoods into voting stations on Election Day to make voting in these areas easier and more accessible. 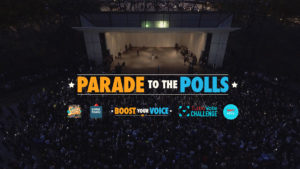 “We’re honoured to win this award for our work with Boost Mobile,” said William Gelner, chief creative officer at 180LA. “We proved a retail footprint could be something more. Not just a place that sells goods but a place that does good.”

Turning a Boost Mobile store into an official voting station was a monumental challenge. It took a team of 30 people calling and following up with election officials from 817 counties for six months, with many facing resistance in a system and in areas that, in some cases, is known for voter suppression. 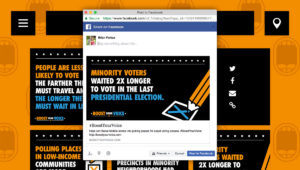 To put a bigger spotlight on the issue, the agency took a grassroots approach – partnering with voting rights groups, election officials and top hip-hop artists like Chance the Rapper and Murs to host get-out-the-vote events, and designing a line of “Voter” apparel. They also created a mobile-friendly web site with a polling place locator, shareable facts, and a film shining a light on the problem of unequal voting access. 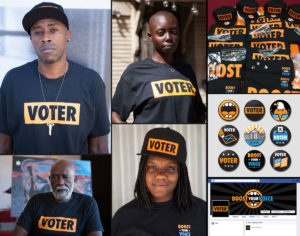 While long lines persisted in many low-income neighborhoods, in Boost Mobile precincts, voting ran smoothly and voter turnout increased 23% over the 2012 presidential election. A get-out-the-vote event hosted in partnership with Chance the Rapper and Turbovote led to the highest early voting turnout in Chicago history.

Peiti Feng, Director, Brand Strategy and Marketing Communications at Boost Mobile: “While we were not able to get more doors to serve as polling stations because of institutional bureaucracy, we raised awareness of an important issue for our customers and the communities we serve. Change does not happen overnight, and it takes more than one individual or brand to make change happen. Let’s continue to push for collaboration and solutions to make this a meaningful long-term transformation.” 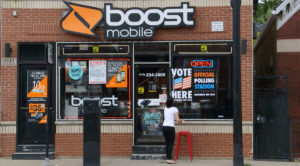 Due to the campaign’s success, many of the Boost Mobile stores will continue to serve as official voting stations in the ongoing fight for equal access.

Creating cause-related campaigns has been a key initiative for 180LA which last year won 10 Lions, including a Grand Prix for Good for UNICEF’s Unfairy Tales campaign, and was named top 20 agency in the world by Cannes Global Creativity report. So far at the 2017 Cannes Lions Festival, the agency has won seven Lions.

Boost Your Voice from 180LA wins Cannes Grand Prix and Gold Lion for Boost Mobile added by Newsroom on June 21, 2017
View all posts by Newsroom →