By Newsroom on June 22, 2018Comments Off on AT&T in talks to buy AppNexus ad platform 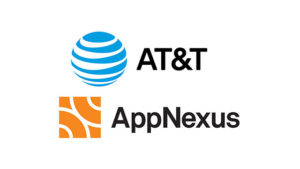 AT&T’s plan to acquire AppNexus is part of the telecom provider’s broader strategy to build a media business that creates both content and sells ad space. Their wireless division reaches 159.4 million people in the U.S. and Mexico, a mass audience of people checking their phones dozens of times a day.

AT&T not only has personal data about its customers, including their payment methods, but also can gather key information about their browsing history and app usage.

In general, mobile advertising is a high-growth business that will increase to about 31% of global expenditure by 2020 from 19% last year, and is estimated to overtake broadcast TV by 2021, according to a forecast by Zenith.

The acquisition of AppNexus would move AT&T deeper into this digital ad realm. The company is still much smaller than the “duopoly” of Google and Facebook, which together are expected to have 56.8% of the U.S. digital ad market this year.

The duopoly could face considerable challenges if AT&T becomes a walled garden of digital delivery and content. AT&T’s DirecTV satellite TV service sells TV ads, and the acquisition of Time Warner gives access to much more TV ad space from channels like TNT, TBS and CNN.

As a highly regulated company, AT&T also is keenly aware of respecting user privacy. AT&T, Verizon, T-Mobile and Sprint recently pledged to stop selling the location data of individual customers to LocationSmart and Zumigo amid allegations that one of the companies mishandled the information.

A prison phone provider with access to LocationSmart’s system spurred controversy after creating a website that let police authorities find the location of any cellphone user without obtaining a court order.

AT&T in talks to buy AppNexus ad platform added by Newsroom on June 22, 2018
View all posts by Newsroom →