By Newsroom on November 28, 2016Comments Off on Agent Provocateur slips into uncharted territory with WhatsApp campaign 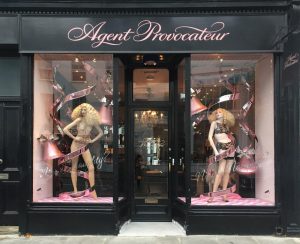 Even considering all of the advances in retail messaging in 2016, Agent Provocateur’s rollout of the first ever WhatsApp brand campaign is sure to turn heads—especially those of the couples the campaign is geared towards.

Agent Provocateur claims that through the Ménage à Trois WhatsApp feature, the British lingerie retailer will become the first ever brand to launch a campaign using the messaging platform. The debut of the campaign arises in lockstep with a growing trend towards personalization through data this holiday season, while also touting a kind of experimentation in platform not generally seen with fashion brands.

The WhatsApp feature is part of a larger holiday campaign called Naughty or Nice, which highlights the duality of women through features such as a dual-sided video.

The Ménage à Trois feature will attempt to entice couples that are looking for personalization in their shopping choices to interact with an agent through the platform, who then provides suggestions and marketing materials.

“Agent Provocateur is encouraging every woman to explore her naughty or nice side with the WhatsApp Ménage à Trois; inviting them and their partner to interact with an AP Agent who will partake in a conversation to help uncover their Christmas Wish List and suggest accordant items from the Agent Provocateur Christmas collection to suit their personality,” Ms. Lipscombe said.

“The initiative takes a revolutionary step into using the messaging platform to drive a campaign, taking advantage of the group chat function on WhatsApp to provide a personal shopping and recommendation-based service. Couples can join the WhatsApp Menage et Trois and speak to an ‘AP Agent’ who will have a conversation with them, then guiding them to lingerie recommendations based on the outcome of the conversation,” she said. “The ‘Naughty or Nice’ campaign will be represented throughout the business from the brand website and social media to in-store. To join the Ménage à Trois, add the number 07916969690 and The AP Agent will be available to chat with you and your partner.” 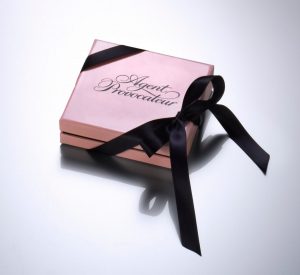 With a glut of campaigns on both social media and more traditional mobile spaces, Agent Provocateur’s innovation may be symptomatic of natural market forces driving companies towards out-of-the-box thinking. The recent success of interactive games and personalization could also evince something more about the disposition of the mobile consumer, one that is generally short on both time and attention.

“During the Holidays Agent Provocateur has an influx of consumers buying products as gifts—we were briefed to help its consumer get whatever she wants for Christmas!” Ms. Lipscombe said. “WhatsApp was a natural channel to consider for Agent Provocateur and their consumer for many reasons, among which are that 1.6 billion people use their mobile devices to shop online globally, and a predicted 56 percent are choosing mobile to purchase presents in the run up to Christmas.

“Agent Provocateur shop girls have been using WhatsApp as a customer service tool, but it has not been publicised until now. Used by 1 billion people currently worldwide, WhatsApp is the most nimble platform—it doesn’t impinge on peoples’ day—it’s quick, simple and easy.”

Agent Provocateur slips into uncharted territory with WhatsApp campaign added by Newsroom on November 28, 2016
View all posts by Newsroom →