According to industry data sources close to USD 16.4Bn is lost globally due to ad fraud. mTraction FaaS or mFaaS aims to help marketers detect fraud, not as post mortem but on run time, thus minimising wastage of precious marketing dollars.

Mr. Anuj Khanna Sohum, Founder, Chairman & CEO of Affle, on the launch of mTraction FaaS said, “We are extremely excited to announce the launch of this platform as it helps us to address an important and growing problem area for marketers globally. Over the last year our teams have done extensive research over billions of data events to build robust and reliable algorithms to help detect, highlight and eliminate multiple types of ad fraud. We believe that the timing of this launch is also very pertinent as we are seeing significant growth in ad fraud leading to ROI erosion for top marketers. We have invested heavily on our R&D and patent portfolio roadmap with multiple patent claims covering various aspects of our platform and algorithms and have identified usage of Blockchain technology in sharing data among the different stakeholders within the mobile marketing ecosystem to eradicate mobile ad fraud.” 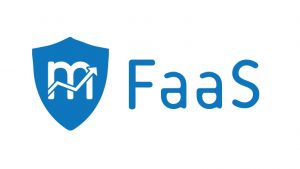 Speaking on mobile ad fraud, Mr. Takayuki Hoshuyama, President & CEO of D2C Japan said, “Ad fraud is one of the ongoing big issues which is getting attention for both advertisers and agencies now. In Japan alone, millions of advertising budget is wasted due to advertising fraud. mTraction FaaS, a robust platform developed by Affle is aiming to help the advertisers not only to detect but also protect from fraud sources, hence helping them attain positive ROI from their marketing budgets. The advertising eco-system needs to come together and work with such technological platforms to solve this problem.”

Addressing the same, Mr. Rajat Basra, CEO of Omnicom Media Group, Indonesia commented, “As much as digital media has been nimble to reach the most relevant audiences and drive higher conversions, it has also been marred by fraud players and practices. mTraction FaaS is a great initiative for the industry overall, and advertisers in Indonesia and SE Asia will surely be benefitted by such a service. Ad fraud remains a top concern regarding digital media planning among brand marketers and media agencies. Using real time actionable data to boost higher quality transactions is a need of the hour, and will also benefit the publishers/platforms that have been following the best practices.”

Speaking on the launch of Affle’s mTraction FaaS, Mr. Shamsuddin Jasani, Managing Director, Dentsu Isobar India, Practice head Media and Programmatic Dentsu Isobar APAC, said, “Ad fraud is a very real concern and we take it very seriously. We work very closely with our partners like Affle to make sure that we eliminate this growing menace.”

As part of the launch mFaaS platform has been made available in Japanese. It is easily integrate-able using SDK and APIs and can also be integrated with the leading third party attribution platforms and in its current version is expected to help in significantly cleansing the mobile performance marketing industry.