By Newsroom on February 24, 2017Comments Off on AdVoice Launches Telco Ad Network in India 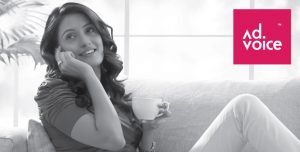 AdVoice enables advertisers to play audio ads to mobile callers. It replaces the call-waiting tone of Bharti Airtel subscribers who have opted in for the Reward Tunes service. AdVoice provides the technology, the online campaign booking platform and manages the ad sales, whereas Bharti Airtel’s network gives advertisers a wider reach than any other media in India.

The mobile targeted audio ad unlocks 10-15 seconds of a consumer’s undivided attention while initiating a phone call. It is literally in their ear. There is an astonishing amount of unlocked inventory available considering the statistics: an average of 500 minutes per caller per year is spent on waiting for calls to be picked up. With some 1800 calls per subscriber per year, there is a potential of 1.8 trillion impressions in India.

Serving these audio ads instead of the traditional call-waiting tone has a wider reach than any other medium. There is a unprecedented pool of active mobile phone connections in India. Over 1 billion, with 65% of the population still on feature phones, thereof 30% living in media dark rural areas. 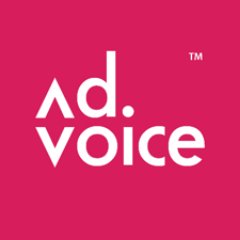 Mobile phones have a scale that is unprecedented. They outnumber TV’s, PC’s, Tablets and Radios or daily newspapers for that matter. Mobile advertising is a $100 billion industry globally, yet mobile operators don’t benefit from it as their inventory is not accessible by digital advertisers.

Neither TV, nor Radio, nor Digital can reach these – let alone – all of India’s audience segments. AdVoice can.

Targeted audio jingles work on any phone and with millions of daily impression inventories AdVoice places itself in the top of the nation’s leading ad networks alongside Facebook and Google.

Globally, there are 15 billion audio ad impressions daily. This is four times the number of Internet searches. AdVoice’s journey has just begun.