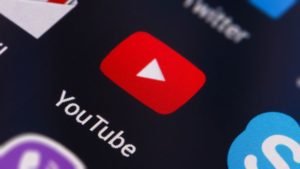 a series of scandals for YouTube’s video-sharing network, the company has announced it’s investing $5 million in creators who use the service in “positive ways” to create change and empower young people. The investment is going towards YouTube’s Creators for Change, its two-year old program focused on countering hate and promoting tolerance.

In its announcement, YouTube said the program has partnered with 39 creators worldwide since its 2016 launch, who have since released dozens of videos to promote empathy and understanding. This includes videos touching on topics like racism, the plight of refugees, and breaking stereotypes surrounding Muslim women.

The news of the continued investment is a much-needed breath of good PR for the video site, which has come under fire in recent months for hosting objectionable content, ranging from videos that seemingly exploit or at least terrorize children, to the latest scandal involving a top creator’s filming of a suicide victim. YouTube’s most popular, PewDiePie, also used racial slurs in his videos repeatedly.

As advertisers began to pull back from YouTube, the company changed its policies on vetting material for its Google Preferred program – promising to manually curate videos for its ad partners going forward. 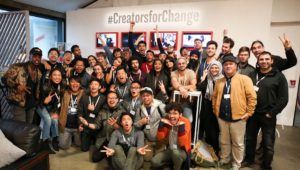 many issues surrounding content and its policing, it’s not surprising to see YouTube re-up its investment in a series of more “positive” videos.

“We will engage more creators in the program, arm the wider YouTube community with new tools and education on how to create change, and empower more young people to use their voices to encourage positive social messages,” wrote Juniper Downs, Head of YouTube Public Policy on the YouTube blog.

“Video is a powerful medium to open minds to new perspectives and shared experiences. Creators prove that to us every single day. And we think Creators for Change in 2018 will reach and inspire even bigger audiences,” Downs added.

The company says it will announce the global recipients of the production grants in the months ahead.

YouTube to invest $5 million in ‘positive’ video content added by Newsroom on January 25, 2018
View all posts by Newsroom →