By Newsroom on June 18, 2018Comments Off on Unilever Presses Digital Influencers to Drop Bots and Fake Followers 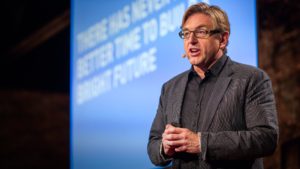 Unilever wants social-media influencers to give themselves an authenticity check.

The big-spending advertiser behind such well-pitched products as Dove, Lipton’s tea and Hellman’s mayonnaise intends to announce June 18 that it will no longer work with influencers who buy followers – the coin of the realm in social media.

“At Unilever, we believe influencers are an important way to reach consumers and grow our brands. Their power comes from a deep, authentic and direct connection with people, but certain practices like buying followers can easily undermine these relationships,” said Keith Weed, Unilever’s chief marketing officer, in a statement. “We need to take urgent action to rebuild trust before it’s gone forever.”

The consumer-products company, which also makes and markets everything from Axe grooming products to Klondike and Ben & Jerry’s ice-cream treats to Q-tips, is expected to announce the new policy  at the Cannes Lions advertising festival.

Several big advertisers have begun to use influencers more often. Procter & Gamble, the U.S., consumer products giant that competes directly with Unilever, has started to work with more of them. “We are getting others to speak on our behalf,” P&G Chief Brand Officer Marc Pritchard told Variety in May. “You can work with influencers and then influencers can speak on our behalf and drive their own social media audiences to be able to draw people in.”

A January investigation by The New York Times examined one company, Devumi, that sold and resold a vein of 3.5 million automated accounts to various customers who wanted to gain more followers on Twitter.

The directive marks the company’s latest effort to push back against what advertising executives say is a constant threat in the field of online advertising, which continues to grow in popularity as more consumers embrace social media, streaming video and mobile devices. Advertisers worry about disparities in measurement of online audiences and verification that ads seen by digital users make the impression their publishers say they do. They have also grown concerned about the content sent to consumers – whether it’s real and whether it sparks political and cultural division.

In February, Unilever’s Weed cast aspersion on social-media outlets, noting that they are filled with messages of hate and division, and often allow inappropriate content and fraudulent news items to exist alongside better content.

Weed said the company won’t invest in “ad platforms that do not protect children or which create division in society” and will “only partner with organisations which are committed to creating better digital infrastructure, such as aligning around one measurement system and improving the consumer experience.”

Unilever Presses Digital Influencers to Drop Bots and Fake Followers added by Newsroom on June 18, 2018
View all posts by Newsroom →