Toyota’s visual impairment filter on Instagram allows everyone to #SeeLikeMenna

By Newsroom on March 9, 2018Comments Off on Toyota’s visual impairment filter on Instagram allows everyone to #SeeLikeMenna

Hot on the heels of XXIII Olympic Winter Games, worldwide paralympians are now making their way to PyeongChang, South Korea for XII Paralympic Winter Games. Among them is Welsh Alpine skier, Menna Fitzgerald, flying down ski slopes at speeds of upto 100mph, with 3% visibility, a feat most people with full eyesight are not capable of. 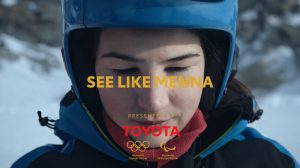 To showcase what it’s truly like to ‘See Like Menna’, Saatchi & Saatchi LA created a Toyota-sponsored Instagram account @SeeLikeMenna, using a visual impairment filter created by Archers Mark, a UK based content studio, in conjunction with Menna and her guide Jennifer Kehoe, with input from the Royal National Institute for the Blind in London and a team of  consultants, that realistically portrays what it’s like to see through Menna’s eyes, giving the saying ‘to truly understand a person you need to walk a mile in their shoes’ a swift about-face.

Fabio Costa, Executive Creative Director, Saatchi & Saatchi said: “The ‘Start Your Impossible’ campaign is a tribute to movement and portrays the incredible stories of athletes around the world achieving what we might think is impossible. @SeeLikeMenna embodies the grit and determination and follows the journey of an unbelievable para-athlete who overcomes challenges and barriers to become a world renowned Para alpine skier. To be able to work with Menna, help portray her everyday activities and the way she sees, and allow others to see through her eyes, has been nothing but inspirational.”

A YouTube video showcasing Menna and other visually impaired Paralympians is also live as part of the campaign, along with an immersive 360 film on Facebook. 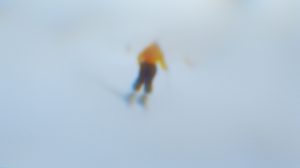 Since most people don’t realise that the blind community sees in varied degrees, the 360 video encompasses athletes with different levels of visual impairment. What is 100% clear: Menna’s limited vision doesn’t get in the way of her goal of achieving the impossible!

The social media component is part of Toyota’s larger “Start Your Impossible” campaign that has been running for a few weeks, with ads during the Super Bowl and the Winter Games.

Toyota’s visual impairment filter on Instagram allows everyone to #SeeLikeMenna added by Newsroom on March 9, 2018
View all posts by Newsroom →