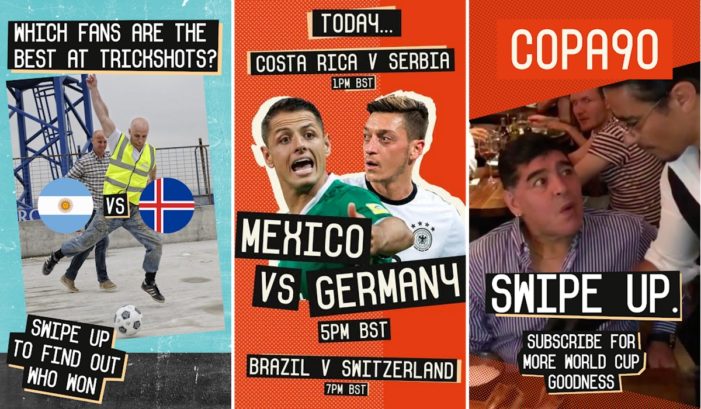 Youth football brand Copa90 is set to work with Snapchat to deliver exclusive World Cup 2018 content in Russia this summer. From the 2 June, Copa90 will deliver 45 daily editions in English, French, Arabic, German and Spanish. The on-the-ground content will be delivered globally, except for the United States. Copa90 will make best use […]