By Newsroom on January 25, 2018Comments Off on Samsung releases the official 2018 Winter Olympics app 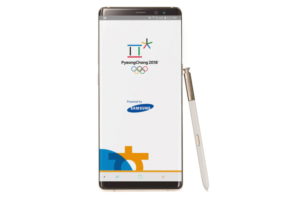 has launched The Official App of the PyeongChang 2018 Winter Olympic Games, the South Korean company has announced. This app was created in partnership with the IOC — the International Olympic Committee — as well as the PyeongChang Organizing Committee for the 2018 Olympic and Paralympic Winter Games.

Users have some customization options, including the ability to specify which results they are most interested in. The app can also be set up to provide push notifications for certain things, such as specific athletes, particular sports, or even preferred countries.

The app is now available for both iOS and Android; it is offered in several languages, including English, Chinese, Korean, Japanese, and French.

The 2018 Winter Olympics are scheduled to run from February 9 through February 25 in Pyeongchang, South Korea.