By Newsroom on April 23, 2018Comments Off on Rehab launches Recycle That! to decode recycling in the UK 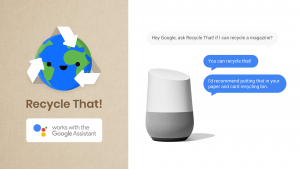 rehab, the creative technology company, announced the launch of Recycle That!, a new Google Home voice skill to help take the confusion out of recycling.

On World Earth Day – rehab ran a hack day to support the 2020 target to recycle at least 50% of household waste. The outcome was Recycle That!, which makes it easy for anyone to determine what can be reused or recycled. 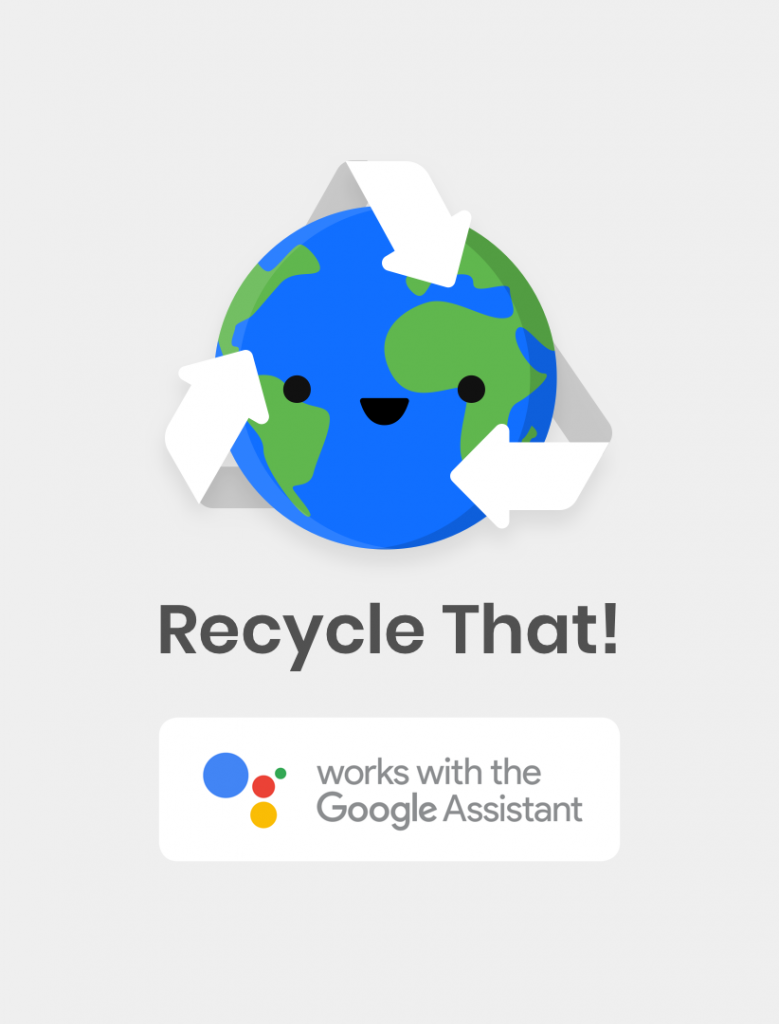 Understanding what items can be recycled is a major barrier for consumers, Recycle That! makes this process quick and easy, giving you an instant answer via Google Home without interruption. In the context of the ongoing campaign against plastic pollution and part of rehab’s wider commitment to exploring and utilising technology for good, the voice skill will make the process of recycling much smoother.

Sam Steele, Head of UX at rehab said: “We all know that we should be recycling as much as possible, but varying rules can make it confusing. At rehab we’re committed to solving problems like this though creative technology, and Recycle That! is a great demonstration of this. When presented with the option to dispose an everyday item – it’s can be easier to stick to the habit of putting something in the bin, rather than recycling. But by giving people the hands-free and in the moment option of asking their Google Home first, we hope to get people recycling items that would otherwise go to landfill. The Government’s aim to recycle at least 50% of household waste by 2020 is a tough target, and everyone must work together to make this as easy as possible.”

Rehab launches Recycle That! to decode recycling in the UK added by Newsroom on April 23, 2018
View all posts by Newsroom →