By Newsroom on December 8, 2017Comments Off on Photo app VSCO introduces a private messaging feature

Photo editing and sharing platform VSCO has announced the launch of private messages in an effort to encourage people to interact with each other on its network.

As the company describes it, users can “exchange editing tips and tricks, share compelling profiles and published content, and receive creative feedback from peers.” Anyone you follow on VSCO can message you. The feature will first roll out to VSCO X paying members and will come to free users in the coming weeks. 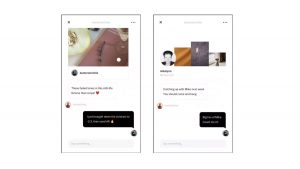 The feature works like any other messaging service, but is particularly similar to Instagram. Users can forward images they see in their feed by tapping an arrow icon, just like they can on Instagram. A private conversation is then started. It’s unclear whether you can have a group message thread, and VSCO doesn’t mention the idea on any of its FAQ pages.

Messages have become an essential part of Instagram, as demonstrated by the fact that company told The Verge that it’s testing a standalone messaging app. Clearly VSCO recognises that users want a place to privately talk, and keeping them within its own platform makes the most sense for the company’s audience.