By Newsroom on March 14, 2018Comments Off on Pandora crunched data from 10,000 songs to create personalised audio clips 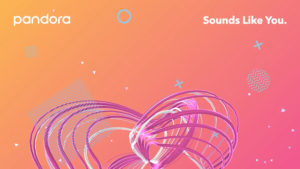 you had to make your own personal sound, what would it sound like? You could be influenced by pop, country, rap, rock—or you could sound like a blend of all genres.

That’s what Pandora wants to find out at its South by Southwest activation. Partnering with Tool of North America, Pandora brought its long-running Music Genome Project technology to the festival. The company’s mobile and tablet experience uses facial recognition and analyzes the genomes attached to 10,000 songs to create a audio clip that “sounds like you,” which is also Pandora’s theme for SXSW.

Here’s how it works: In Pandora’s space at Austin’s The Gatsby, interactive tablets ask consumers to enter their name and birth date before asking a handful of questions about their preferred music. For each question, consumers swipe their finger across the screen to pick their favorite songs. The site then snaps a picture of consumers, using facial recognition to read mood and recommend similar songs. Someone smiling, for example, may be served an upbeat song, whereas someone frowning could be served a song with a sadder tone.

The technology calculates musical attributes based on song selections to piece together the audio clip, including uniquely generated elements and prerecorded instruments. Pandora’s Music Genome Project pulls together 450 musical attributes when analyzing music.

After all, as marketers begin to experiment with sonic branding, it only makes sense for consumers to create their own personal sounds, too.

Pandora crunched data from 10,000 songs to create personalised audio clips added by Newsroom on March 14, 2018
View all posts by Newsroom →