By Newsroom on January 29, 2018Comments Off on Malaysia’s capital to adopt Alibaba’s smart city solution

Malaysia will be the first country outside China to adopt Alibaba Cloud’s City Brain solution, according to the e-commerce giant. 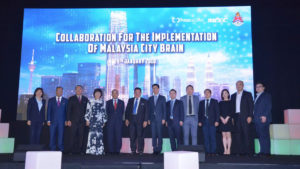 “The Malaysia City Brain will help Kuala Lumpur to become a role model in Southeast Asia and the world of smart city,” Alibaba Group Vice President and Alibaba Cloud’s president Hu Xiaoming said, adding that he hopes to transfer the group’s successful experience in Hangzhou, the Chinese city where Alibaba’s headquarters are located, to Kuala Lumpur.

The initiative had improved the traffic efficiency in Hangzhou by 15 percent, and achieved an average per vehicle savings of three minutes on traffic, according to Hu. 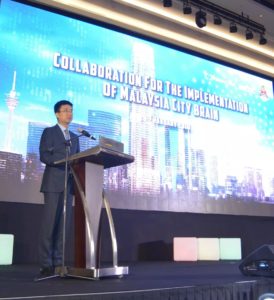 “As Malaysia City Brain develops, we will see Malaysians benefited from better traffic flow, faster response time from emergency services, handling of road traffic incidents and safety,” he said when delivering his speech.

According to MDEC’s chief executive officer Yasmin Mahmood, the pilot phase of the collaboration will begin with a base of 382 camera feeds and input from 281 traffic light junctions.

“We aim to complete the first phase by May. We also hope to expand it to other cities,” she told a press conference.