By Newsroom on March 12, 2018Comments Off on India’s Ola takes its Uber rivalry to Australia with launch in Sydney 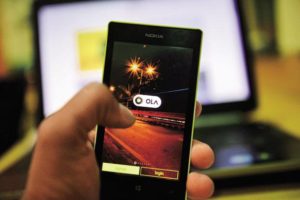 key rival in India, has taken its first step overseas after its service officially went live in Australia via a launch in Sydney.

The company announced its plans to go Down Under at the end of January and in Sydney, which is its first full launch, Ola said it has signed up over 7,000 registered drivers. Initially, passengers will be able to enjoy free rides for a limited time with plans to introduce other “new initiatives” — read: promotions — in a bid to keep its service competitive once it begins charging.

Uber was the first to launch ride-hailing services in Australia, and today it operates in over 20 cities across the country and New Zealand. Europe’s Taxify — which, like Ola, is backed by Chinese taxi app company Didi — moved into Australia via a Sydney launch in November. It has since expanded to Melbourne.

“We are excited to officially start operating on the east coast with the launch in Sydney. We’ve been very pleased with how the service has been received by customers, driver-partners and the community in Perth, and can’t wait to continue building on these experiences and learnings for our second city launch,” Chandra Nath, VP and head of international for Ola, said in a statement.

Since it raised money from SoftBank, Uber has been linked with consolidation movements in Asia that would theoretically shore up its finances by exiting loss-making markets ahead of a mooted IPO next year. That has focused on India and Southeast Asia, where Ola and Grab, respectively, are also backed by SoftBank and provide tough competition.

Uber CEO Dara Khosrowshahi seemed to pour cold water on those rumors when, as part of a recent Asia tour, he said the company is committed spending aggressively in growth markets in Asia. Despite that, multiple publications — including Bloomberg — have speculated that a deal that would see Grab consume Uber’s Southeast Asia business in exchange for equity is close to being sealed.

There doesn’t appear to be an imminent deal in India. In fact, Ola itself is reported to be raising as much as $1 billion in fresh funding via an investment from Singapore sovereign fund Temasek. The company, which last raised $1.1 billion in November, declined to comment when asked about the new funding.

India’s Ola takes its Uber rivalry to Australia with launch in Sydney added by Newsroom on March 12, 2018
View all posts by Newsroom →