By Newsroom on August 2, 2016Comments Off on Google Zoo Invites Brazil to Play with 2016 Olympic Digital Platform 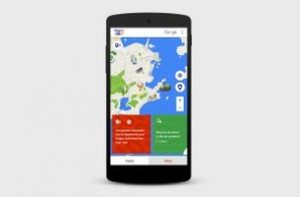 In collaboration with global digital production company MediaMonks, Google Zoo presents O Brasil Inteiro Joga / Brazil Plays. The platform has been in development over the course of the past year and provides video, gaming and geographic content to Olympic fans leading up to the Games and on the ground in Rio.

In a truly global effort, MediaMonks has developed the user interface and animations with teams from its São Paulo and Singapore offices as well as its Dutch HQ. Google Zoo led the creative concept that underpins the platform. The ZOO is the creative team within Google that helps brands creatively and effectively exploit the potential of the Google platforms, technologies and creative resources.

“The Olympics is global in nature and so our international team ensures that we can provide up-to-date content, whatever the timezone,” says Alexandre Fittipaldi, Creative Director of MediaMonks. “The sheer number of elements and timeframe of this project has seen a huge team effort both internally at MediaMonks and with the team at Google Zoo. The result is a seamless interface with a high level of fluidity to connect with people through content that is both useful and entertaining.”

The initial phase launched in August 2015 with a weekly video series featuring top Brazilian YouTubers. Each YouTuber created content that touched on subjects relating to the Olympics, sports, or Rio de Janeiro, in the context of with their channel’s regular programming. We see a beauty blogger helpfully explain how synchronised swimmers do their makeup, while a culinary vlogger gives tips on what to serve your friends who come over to watch the Games.

Felipe Morales, Creative Business Partner, Google Zoo, says: “With this project we want the audience to have direct access to the content and experiences without the necessity of going to a dedicated website. This is the reason we opted for a huge rich media strategy along with YouTube videos published on the creators’ channels.”

Over the course of the past six months leading up to the Olympics, online games have been launching weekly. The platform is now home to more than 42 summer sport games to test player’s sporting skillsets with an additional secret game. All the games are playable in banners as well as through the website and players can customise their own character that exists across platforms. Google also launched a map featuring over 200 of Rio’s top attractions, as well as locations of Olympics venues and places to practice various sports.

As the Rio 2016 Games draw closer, Google Local Guides review content has been integrated to provide users with the best suggestions of what to do in Rio, while promoting the Local Guides program in Brazil. The platform comes complete with its own ambassadors: Zé, a true ‘carioca’ from Rio and his love interest, Julia. Their adventures are the narrative through the videos, banners and games.

Launching this week, a “what’s happening near you now” feature will update the map in real time to show both Olympics events and parties going on around the city. Making the experience relevant to those who are in Rio, Google will cross user location info, Olympics data, user interests, and Google Trends data, serving up ads that help users find the best stuff going on near them.

Along with this real-time map experience, daily recap video content from YouTube creators, the Castro Brothers, will give updates as to that day’s Olympic news. The videos will feature custom animations from MediaMonks’ Singapore-based team so new content will be available each morning in Rio.

Google Zoo Invites Brazil to Play with 2016 Olympic Digital Platform added by Newsroom on August 2, 2016
View all posts by Newsroom →