By Newsroom on August 4, 2016Comments Off on Flipboard Is Now Offering Vertical Video Ads That Act Like GIFs 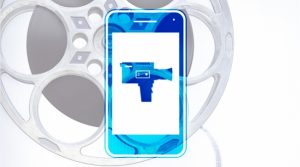 Call it the Snapchat Effect, but everyone nowadays wants to test vertical video. Tyler Dinapoli, president of marketing, media and research at Bleecker Street, told Adweek he’s “eager to see the results of this campaign. The new format allows the viewer a unique and new perspective on the go.”

The ad unit is part of Flipboard’s larger Cinema Loop package, which offers mobile spots that loop like GIFs and are between three and 10 seconds long. Palo Alto, Calif.-based Flipboard claims brands get 20 percent better video completions and twice the engagement with the horizontal version of the ads. It expects vertical to perform even better.

“More and more video production is being filmed and edited for vertical viewing on mobile phones,” said Nicole McCormack, head of advertising strategy at Flipboard, via email. “This optimized mobile video production allows for easier viewing and higher engagement with mobile viewers.”

Flipboard Is Now Offering Vertical Video Ads That Act Like GIFs added by Newsroom on August 4, 2016
View all posts by Newsroom →