By Newsroom on July 6, 2018Comments Off on Dutch telco Ben and agency Etcetera launch a branded phone-condom to boost physical intimacy in the bedroom

Dutch telecom provider Ben, and Amsterdam-based creative agency Etcetera, have launched the Ben-branded phone-condom – an eye-catching stunt to kick-off their “Better in Bed” campaign – and a radical solution to some of the relationship woes affecting today’s mobile phone dependent society. 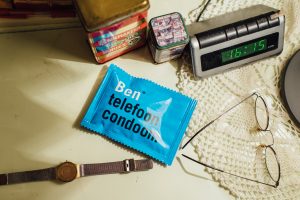 The world’s first phone-condom has been introduced as an irreverent – and arguably somewhat distasteful – way to solve modern relationship problems. Ben, which is one of the Netherlands’ leading low-cost Telco’s, has worked with research agency DirectResearch, to conduct a piece of research analysing the impact that mobile phones have on Dutch people’s lives.

The results show that whilst in bed, the Dutch spend more time with their mobile phones than with their partners. Even though the research shows that 9 out of 10 people get annoyed when their partner uses their phone in bed.

Of the under 30’s, it appears that two in ten allow themselves to be distracted by their mobile during the act of sexual intercourse. According to a whopping 70% of the respondents, using a mobile in bed comes at the expense of their sex lives. 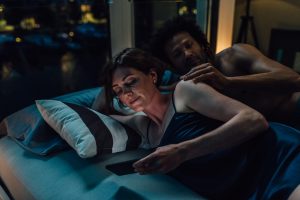 The phone-condom looks like a regular condoms and is packaged in the same way – but it’s larger and firmer, so that it fits around a mobile phone, blocking it from being used. The idea behind it is to show that people can have more real fun in bed by not being distracted by mobile phones.

Ivonne van Zuilen, Head of Marketing Communications at Ben: “We don’t expect a baby boom in nine months, but we hope that this campaign will create more awareness of this problem – and ultimately more enjoyment.”

Ben Imhoff, Creative Director at Etcetera: “At first glance it seems ironic that a mobile phone network is asking its customers to spend less time on their phones. However, it’s actually perfectly in line with Ben’s sense of humour as a brand. And it’s exactly this insight that triggers recognition with our target audience: people who are consciously choosing to spend less time on their phones and more quality time with each other.”

Dutch telco Ben and agency Etcetera launch a branded phone-condom to boost physical intimacy in the bedroom added by Newsroom on July 6, 2018
View all posts by Newsroom →