By Newsroom on August 24, 2017Comments Off on Aurora HD Video Ads from AdColony Deliver Unique Engagements 7x Larger than Averages 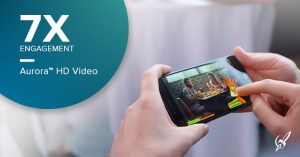 Not only did nearly 50 percent of all people that saw an ad engage with it, but most consumers would touch, tap or swipe the ad multiple times, and the total number of engagements per person was over 50X industry averages reported in the Global Video Benchmarks Report from Innovid.

Engaging with the video also led to increased post-video activity, and in one campaign, the Aurora HD Video led to 3X increases in user acquisition for the company’s loyalty program and 2X more click-throughs to the site, when compared to a standard video campaign. The Aurora HD Video campaigns also drove a 90 percent viewable completion rate, which is over 3X the industry averages reported by Moat. 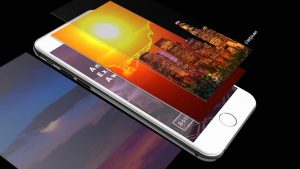 “We are proud to work with partners like Disney and Buffalo Wild Wings to help drive awareness, engagement and purchase intent in new and exciting ways on mobile devices,” said Will Kassoy, CEO of AdColony. “Leveraging the power of creativity and interactive capabilities of our Aurora HD Video technology, these brands created wonderfully immersive experiences that engaged their consumers and delivered powerful results.”

Beyond the strong engagement metrics, Aurora HD Video also drove healthy lifts across key brand metrics. A third party study with Research Now found that Aurora HD Video resulted in a nearly 3 percent delta lift in purchase intent, which is 3X the average digital campaign lift. The campaigns also drove a lift delta of over 7 percent in brand favourability (far above the digital benchmark of 0.10 percent delta lift) and brand familiarity was boosted by a delta of 1.79 percent (beating the digital benchmark of 0.20 percent delta lift). 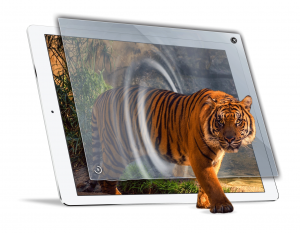 The initial campaigns with Aurora HD Video were for Disney, Buffalo Wild Wings and another leading global advertiser, and in all three campaigns, AdColony worked directly with the brands and agencies on unique and custom creative concepts. The campaigns allowed consumers to interact with video in a variety of ways, ranging from tapping a character on the screen and leaving wing sauce fingerprints, to wiping away dust and debris to better reveal the video in front of them. All three campaigns utilized true interactivity, the advanced Aurora HD graphic capabilities, and haptic effects to make the phone rumble and shake to further immerse the viewer.

“Our mobile campaign allowed us to take what had already been a successful TV spot and incorporate a level of interactivity that allowed people to engage with our brand in an entirely new way,” said Bob Ruhland, Vice President of Marketing, Buffalo Wild Wings. “The campaign provided measurable results that we are very pleased with, ranging from clicks to loyalty program sign ups. It has been a great indicator of the impact building a unique creative experience can produce.”