By Newsroom on March 14, 2018Comments Off on YouTube turns to Wikipedia to help it fight conspiracy theory videos 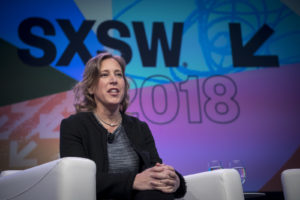 will add information from Wikipedia to videos about popular conspiracy theories to provide alternative viewpoints on controversial subjects, its CEO said. YouTube CEO Susan Wojcicki said that these text boxes, which the company is calling “information cues,” would begin appearing on conspiracy-related videos within the next couple of weeks.

Wojcicki, who spoke at a panel at the South by Southwest Interactive festival in Austin, showed examples of information cues for videos about the moon landing and chemtrails. “When there are videos that are focused around something that’s a conspiracy — and we’re using a list of well-known internet conspiracies from Wikipedia — then we will show a companion unit of information from Wikipedia showing that here is information about the event,” Wojcicki said.

The move comes after a year in which YouTube has been pilloried for hosting extremist content and driving more attention to it through algorithmic recommendations that critics say are designed to push viewers to extremes. 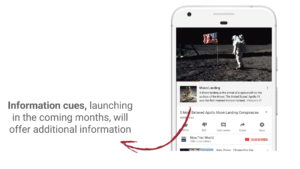 information cues that Wojcicki demonstrated appeared directly below the video as a short block of text, with a link to Wikipedia for more information. Wikipedia — a crowdsourced encyclopedia written by volunteers — is an imperfect source of information, one which most college students are still forbidden from citing in their papers. But it generally provides a more neutral, empirical approach to understanding conspiracies than the more sensationalist videos that appear on YouTube.

Wojcicki did not specify how many conspiracies were on the company’s initial list, but suggested it would expand over time. “What I like about this unit is that it’s actually pretty extensible,” she said. The company could show additional alternate sources of information under controversial elements in the future, she said.

YouTube turns to Wikipedia to help it fight conspiracy theory videos added by Newsroom on March 14, 2018
View all posts by Newsroom →