By Newsroom on June 8, 2016Comments Off on New York Times ‘Exploring’ Ad-Free Model 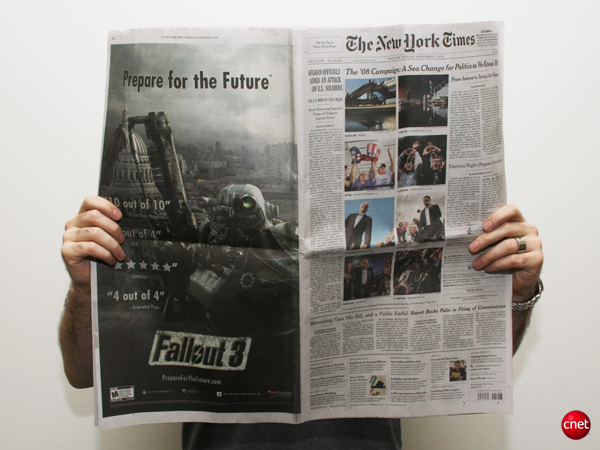 The New York Times is “exploring the possibility” of offering consumers an ad-free digital subscription package, chief executive Mark Thompson has revealed, as the publisher seeks new ways to combat the rise of ad-blocking technology.

Speaking at the IAB Ad Blocking & User Experience Summit, Thompson described how the New York Times was using pop-ups in an attempt to encourage users to switch off ad blockers when visiting the site or whitelist its ads, using both dismissable and non-dismissable requests.

“We do want to offer all of our users as much choice as we can, and we recognise that there are some users – both subscribers and non-subscribers – who would prefer to have an ad-free experience,” said Thompson.

Thompson also attacked Eyeo and its Adblock Plus product, which runs the ‘Acceptable Ads’ whitelist program. Eyeo has been accused by multiple industry figures of charging websites to be whitelisted, and has been criticised over the lack of transparency in its whitelisting process.

“This is a manifestly unsavoury business practice,” said Thompson. “Ad blockers often portray themselves as an answer to unsatisfactory digital advertising experiences. But Eyeo wasn’t founded by concerned citizens. It was founded by a digital ad veteran and represents the most cynical, most money-grasping end of the old, unreformed digital ad business. We need to expose Eyeo, Adblock Plus and the Acceptable Ads whitelist, so that the public can see them for what they are.”