By Newsroom on December 4, 2018Comments Off on BIOS raises $4.5M USD seed round to double technical team and announces new office in Montreal 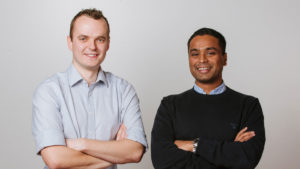 BIOS, the leading neural engineering startup, announced today that it has closed a $4.5 million seed round from top investors in the UK, Canada and Silicon Valley.

The company, formerly known as Cambridge Bio-Augmentation Systems (CBAS), will use the funding to double its technical team, progress the development of its core neural interface technologies, and expand access for commercial and academic partners through a variety of tools, datasets, and algorithms for discovering and leveraging biomarkers in neural data. This week will also see it open its first R&D office outside of Europe in the AI talent capital of Montreal, Canada.

This round of investment is led by Real Ventures, AME Cloud Ventures, and Ariel Poler, founder of the Human Augmentation syndicate on AngelList. Other world-class funds and angel investors backing this round include Endure Capital; Heuristic Capital Partners; K5 Ventures; and Charles Songhurst, former GM corporate strategy at Microsoft. The company has raised additional non-dilutive funding in grants and awards from Cisco, MassChallenge UK, and Innovate UK, and was backed at an early stage by Y Combinator (W ‘17) and Founder.org, founded by serial entrepreneur Michael Baum.

Co-founded by computational neuroscientist Emil Hewage and bioengineer Oliver Armitage, BIOS is developing neural interfaces to enable AI-based treatments on organs and nerve systems throughout the body. BIOS will use the funding to progress its core neural interface technology and expand access to its neural data and biomarker tools, allowing partners to develop disease-specific treatments on top of its data and interface.

The company initially focused on the first implementation of their neural interface technology in their “USB connector for the body” product, the Prosthetic Interface Device (PID) – designed to allow amputees to connect a range of prostheses directly to the nervous system, which is heading for clinical trials in the near future. 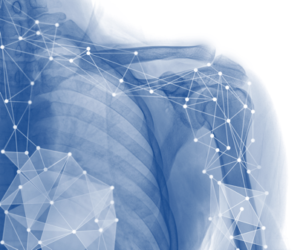 Emil Hewage, Co-Founder and CEO at BIOS, said: “This funding round marks a new chapter in our company’s history as it gives us the opportunity to leverage our full potential technically and develop our product for the wider ecosystem. We have an incredible team already made up of experts from a huge range of fields, that come together to make this incredibly complex technology work seamlessly. Their expertise ranges from machine learning, neuroscience and medical robotics to biotechnology and medical specialists, but we’re looking forward to growing the team even further and to expand into Montreal.”

Alan MacIntosh, Partner at Real Ventures, added: “BIOS has enormous potential to become the platform on which all future neural interfaces are built – a great example of Real’s belief in advancing the development and application of AI in key industries. We invested in BIOS because of the team’s world-class expertise, their full-stack approach, and their strategic progress interfacing to our bodies via the peripheral nervous system.”

Nick Adams, Managing Director at AME Cloud Ventures, commented: “BIOS is a pioneer in the field of neuroscience, medicine, and machine learning. They are developing capabilities which will be immensely useful for a variety of healthcare applications at the intersection between neuroscience and AI.”

Ariel Poler, Founder of the Human Augmentation syndicate on AngelList, said: “I was drawn to BIOS early on in its history because of their simple approach to an incredibly complex problem: to connect the most advanced technology to our bodies. They have developed the field of neural engineering to open up possibilities which existed in basic forms, but which through their knowledge of AI will be taken to the next level and be able to help people throughout the world.”

BIOS raises $4.5M USD seed round to double technical team and announces new office in Montreal added by Newsroom on December 4, 2018
View all posts by Newsroom →