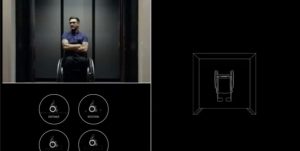 A fitness tracker designed for wheelchair users has won the Grand Prix at the Dadi Awards, which celebrated 10 years of recognising the UK’s finest digital work at a ceremony in London on October 19.

Accenture’s app was described by judge and executive creative director at StartJG, Patrick Baglee, as fulfilling “a clear need” and having the potential “to make a profound social impact”.

It took home the night’s big prize after also winning awards in the best use of technical innovation and travel/leisure/sports website, app or campaign categories.

“10 years from the start of the Dadi Awards, we believe it is still right to celebrate ideas with a higher order beyond immediate results,” said Baglee.

The Chairman’s Award was once again chosen by digital industry figurehead Phil Jones, who has presided over each Dadi Awards jury since its inception. This year he chose the Shell Influencer Collective campaign (below), ‘Changing Minds, Raising Voices’ which was developed by MediaCom WorldWide, Possible and J Walter Thompson. It is credited with reaching over 200 million people and achieving 113 million video views on social platforms alone.

In the company categories, M&C Saatchi Mobile was named Digital Agency of the Year and Direct Line Group won Digital Team of the Year. Personal recognition went to Matt Candy, vice president and European leader at IBM Interactive Experience, who was named Dadi Individual of the Year after a vote to find the Digerati on thedrum.com.

The most Shazamed Ad of 2016 went to Very.co.uk for its Spring Fashion Campaign by Somo featuring the Major Lazer track ‘Light It Up’.

You can see the full list of winners from last night’s ceremony at the Park Plaza, and the 49 judges who chose them, on the Dadi Awards website. The Dadis were held in association with Medialets and sponsored by Shazam, Sphere Digital Recruitment and TINT.